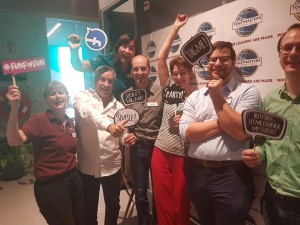 Learn, Rise, Shine! Because one day you made a big decision!