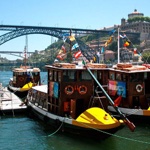 in Porto we will conduct the following contests at the D59 Spring Conference from 15-17 May 2015:

Eight weeks prior to the Area contest, if an area has four assigned clubs or fewer in good standing, districts have the option to allow two contestants from each club to compete in the area contest.

District 59 has decided that for the Spring 2015 Contests, two contestants per club will be allowed to compete at the Area contest for those areas with four or less clubs.

If for example in an area with five clubs only three participate in the contest on area level, this interpretation leaves room for the Area Governor to organize a contest with 6 contestants, which is more interesting for both contestants and organizing committee.

Divisions with four or less areas

In those divisions with four areas or less, the two highest-placed available contestants from each area may compete in the Division Contest. This applies to Division F and G.

Participating divisions in the Portuguese and French Speech Contests

If four or less divisions participate in the Portuguese and/or French contest cycle, the two highest-placed available contestants from each division may compete in the District Contest. Division governors, please notify lget@district59.org if your division is going to participate.

Please refer to the following:

Contests must originate at the club level and proceed through the area, division, and district levels respectively; only contests following this progression are permitted at each level. All clubs are eligible to advance contestants to the area level in all contests regardless of the contest language or the primary language of the club.

Please use of the official notification winner sheet to pass on the results of each competition to the next level. The sheet can be downloaded as a PDF file free of charge from the Toastmasters International website http://www.toastmasters.org/1182DCD

Benefits of the contest cycle

I encourage you all to make the most of the contest cycle. Contests offer excellent opportunities for participants to gain speaking experience in special settings and on different levels. Members who organize and conduct the contests can practice working in leadership roles and on teams at different levels too. For the audience it’s a chance to observe and learn from proficient speakers. Don’t hesitate to go all the way this time, and register on http://tmporto2015.eu/ to be part of the final stage in Porto.

I wish you all a very successful and rewarding contest cycle!