Markus Kuenkel, Immediate Past District Director, received a letter from Toastmasters International recognizing District efforts and an invitation to the Hall of Fame Ceremony, in Vancouver. 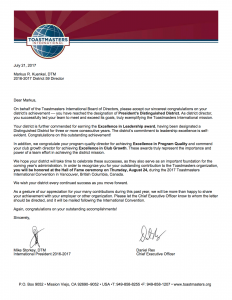