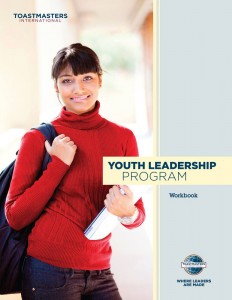 Division A, Paris, France in District 59 began its Youth Leadership Program (YLP) during the 2016-2017 Toastmasters year. Thanks to Portugal and Belgium, many starter documents and mentoring kicked the program off to a strong star

Toulouse started a second group in May 2018 and separately will run a TEDx Colomiers (not part of Toastmasters or the YLP) the end of June for its first year Toulouse YLP alumni.

The Paris YLPers (under 18) chose the name “Rhetoricians” for 2017-2018 and will wrap up their eighth session May 18. The first Paris Youth Leadership Program group (2016-2017) named themselves “Toasters”; next year the new group will choose another.

The first District 59 YLP Workshop (Milan) was held in Milan in November 2017.

The first District 59 Youth Leadership Webinars for present and future coordinators were held January YLP Webinar to get acquainted with the program and March Roundtable YLP Webinar 2018.

The New School Rome, in collaboration with Toastmasters Roma, completed its first Youth Leadership Program in November 2016, and its second in November 2017.

District 59 has taken off with a bang in many divisions of France, Spain, Cyprus, Greece, Italy, Belgium and Portugal this Toastmasters year (2017-2018). The program is only going to grow in the future. District 59 is realigning into three districts (59, 107 and 109) and the YLP will multiply exponentially….. Stay tuned and check out the drop down menu for updates.