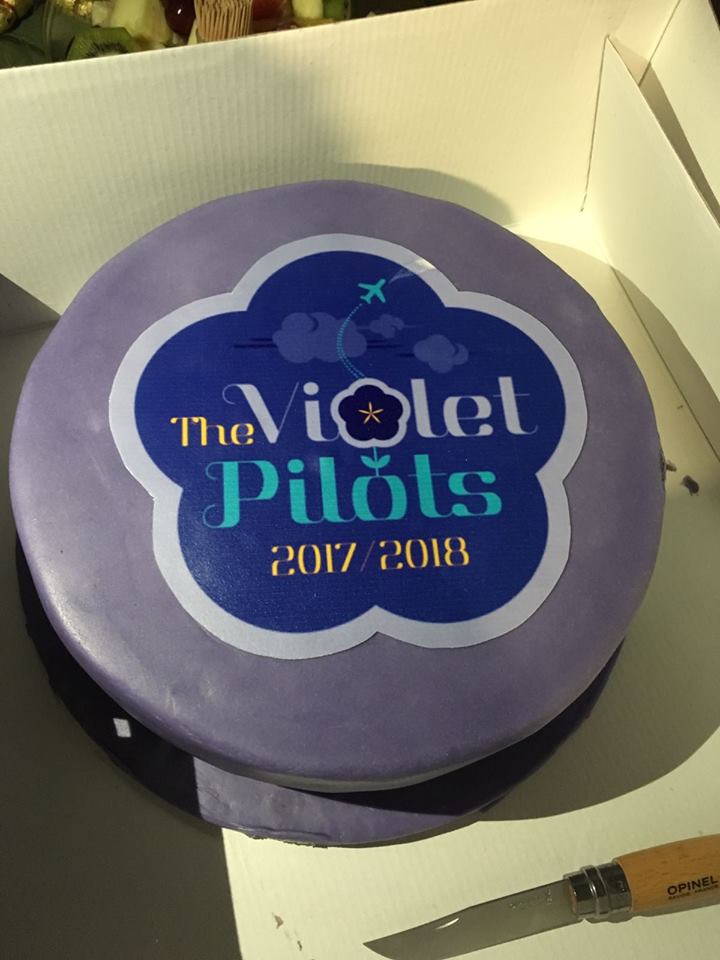 For the eighth and final session what the Youth Leadership Program (YLP) groups prepare and who prepares the eighth session agenda/activity/gala is usually a student-organised event. Each one will be completely different: speeches, contests, debate, jokes, etc.

Sophie Tweed, Toulouse, France, Coordinator, shares the first in a series of District 59 experiences Toulouse Violet Pilots (2017-2018). This is an excerpt from her email story:

“We found in the Toulouse YLP experience that the gala was going to be their own definition of the agenda;

We offered them to bring 2 of their friends, some did, most did not but in the expectation that it would empower them to create their evening & convey their sense of belonging to the group.

We were fortunate to be able to use the auditorium of the school, an amazing venue, with a grand piano, red curtains, a true theater venue.

It did convey a sense of exception to the evening (we had been asking for the use of this venue since November) and the YLPeers coming from other public schools were absolutely gobsmacked by the grandeur of the place.

While we were waiting for everybody to arrive to the evening, some started playing the piano impromptly, some started singing along .. It was amazing.

We had clearly said that the gala was going to be their evening to show what they had learnt; 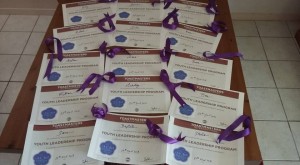 They could prepare a speech about it or they could give an impromptu one. They could do it solely or in a duet or in a trio.

We had the use of a wooden lectern on stage, that did bring solemnity to the speakers or a stronger sense of performance ever more than in the previous sessions.

They took in turns to come down from the tiers to arrive on stage, naturally or encouraged by their peers and most of them delivered a personal feedback on what the YLP had meant for them, why they joined and what they discovered.

It was truly like a legacy, some of them really opened up with confessions we had never heard before from them.

We could sense a higher sense of excitement. 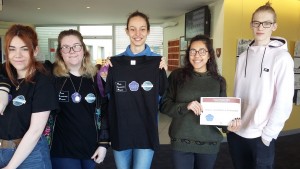 We then had a break with the cutting of the special cake made for the occasion with the Violet Pilots logo on it.

Wonderful what a cake can do on empty stomachs for the sense of belonging !

After the talks, we proceeded to the distribution of the certificates of YLP achievement.

Finally, the special tee-shirts with their logo of the chosen name The Violet Pilots, YLP & Toastmasters were handed over.

The group photo session took place at the end.

It was then time to close the meeting with a last Q&A session about the next Ted-X to emerge and the willing participants.

Sometimes I wish that it was recorded ! I treasure those memories now.